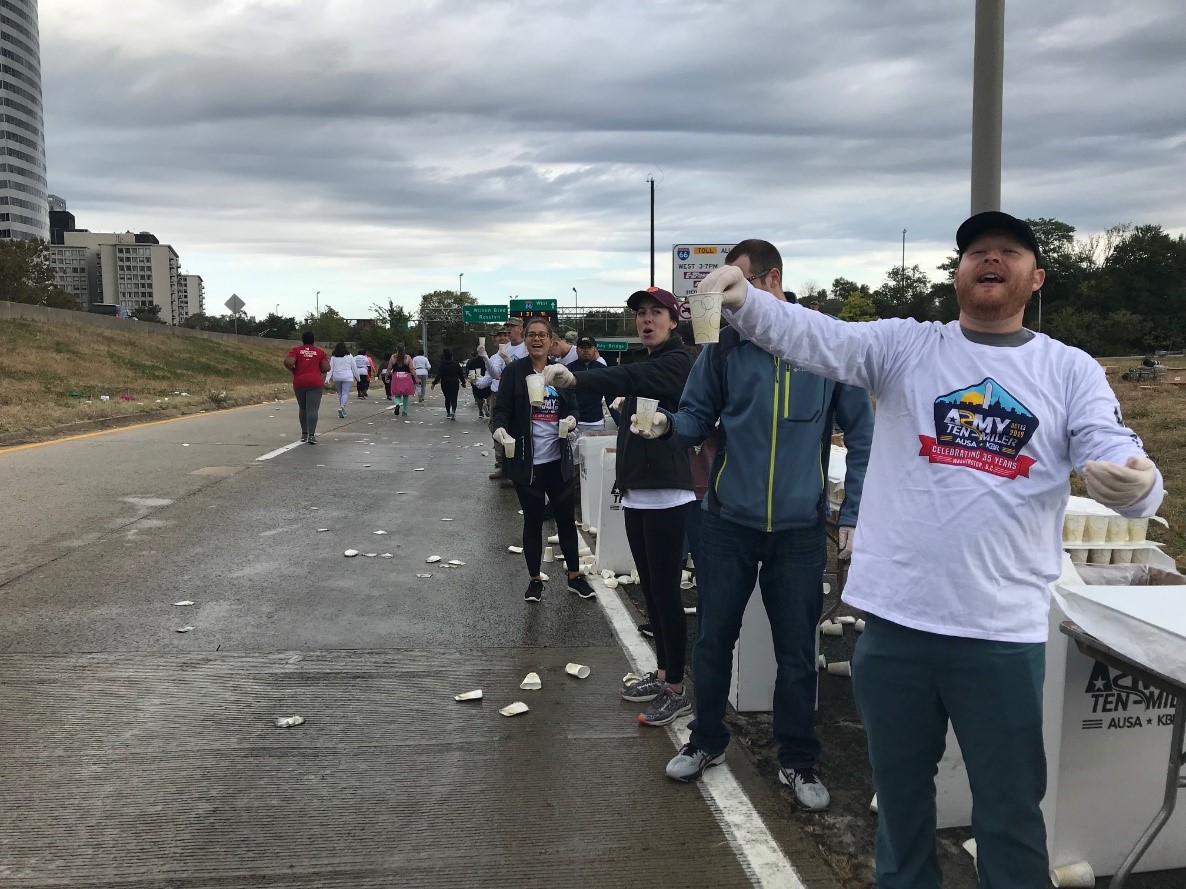 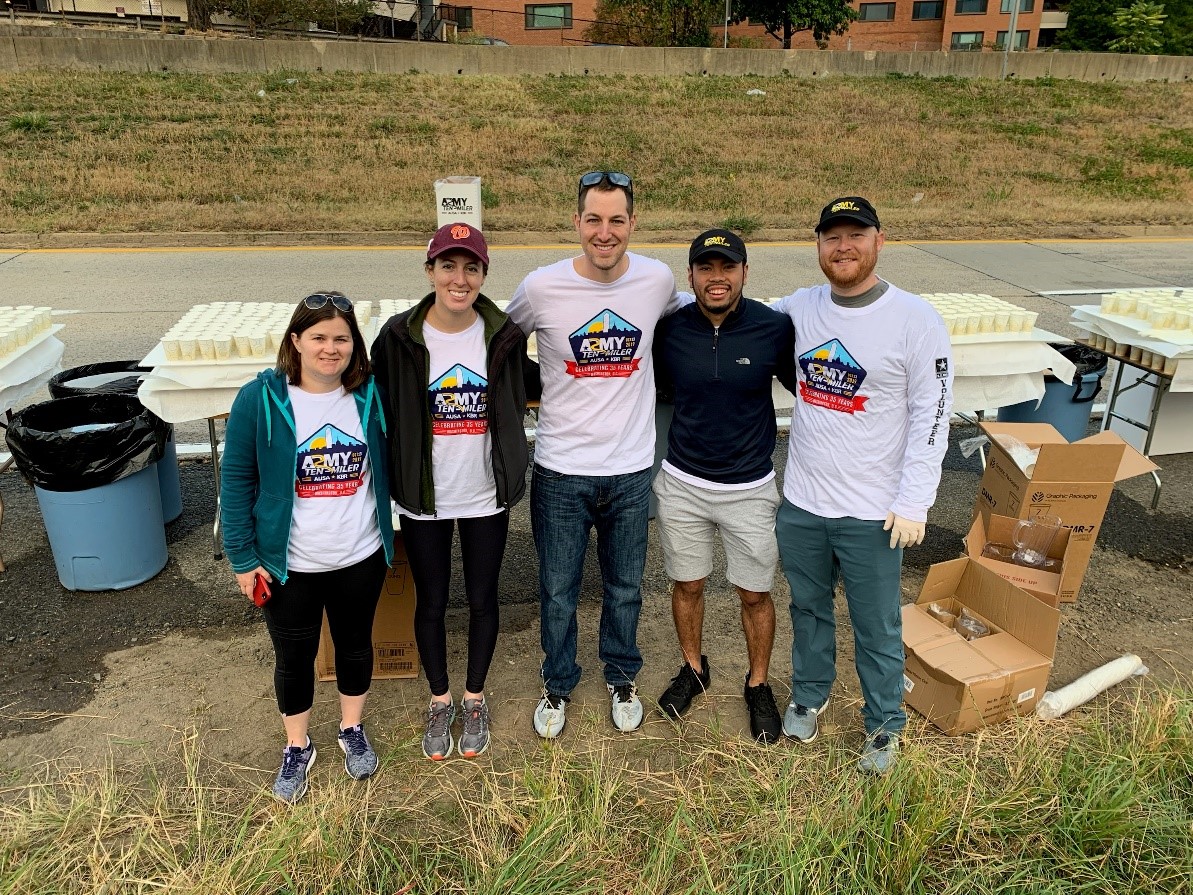 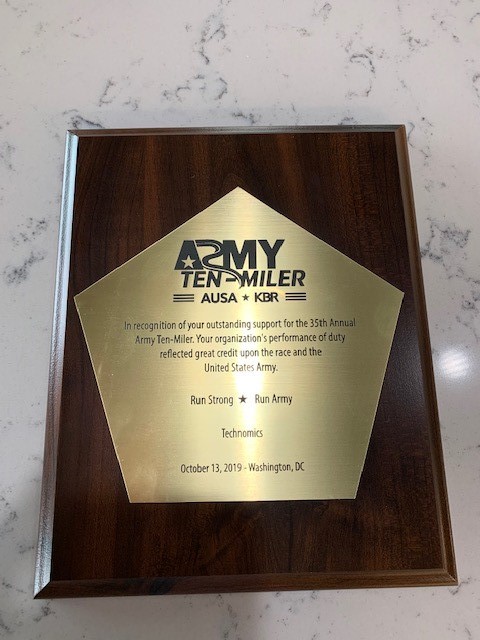 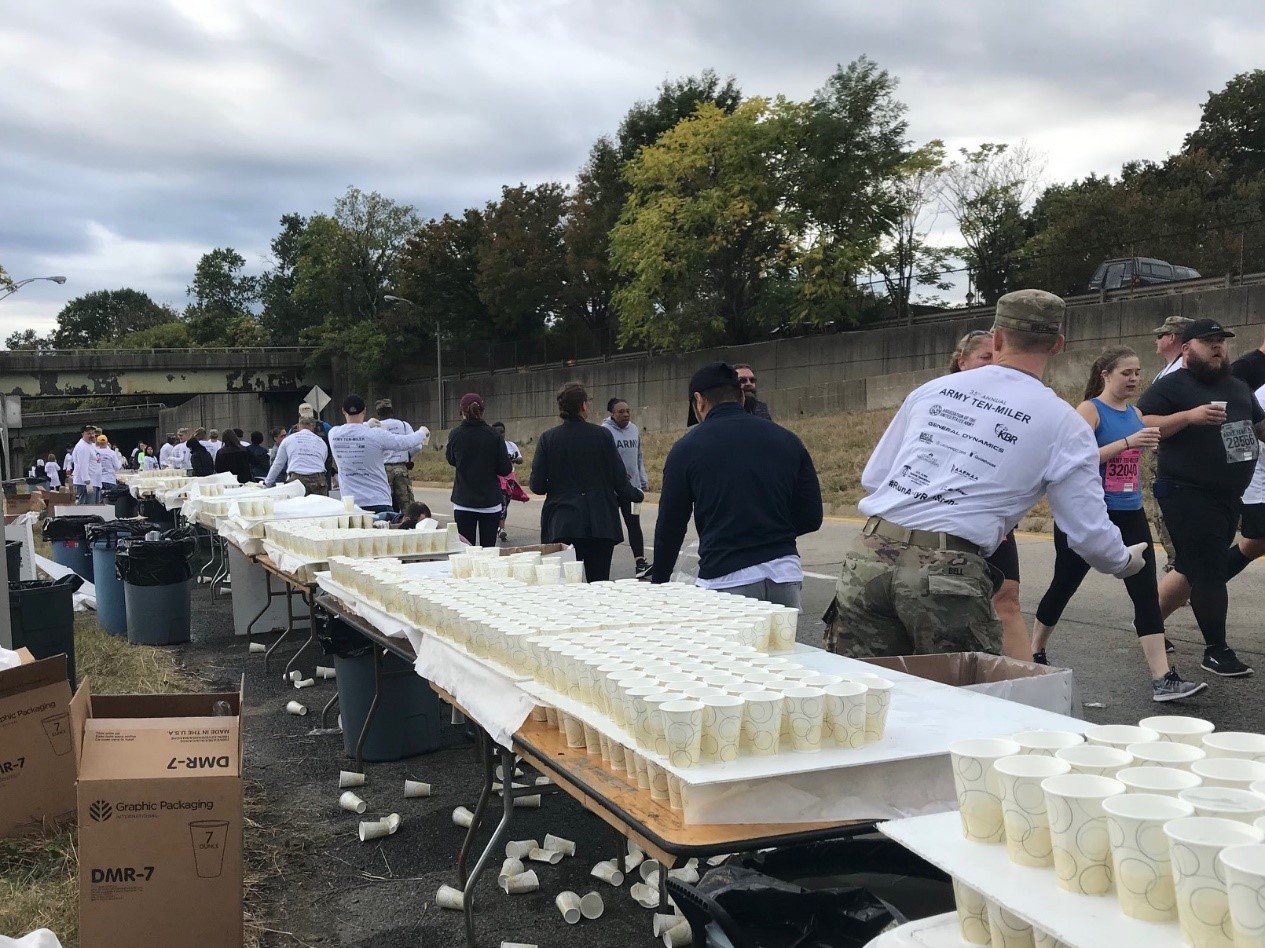 Technomicians watched the sunrise on October 13th, as they filled and set up cups of water for this year’s Army Ten-Miler. Volunteers from Technomics helped man water station number two, handing out water and offering up words of encouragement to help the runners finish the race strong. This year’s runners even included some of our very own Technomicians, Elizabeth Koza and Kathleen Hudgins!

The Army Ten-Miler is a charity run held in our nation’s capital and the neighboring city of Arlington, Virginia. It is used to raise money for Army Morale, Welfare and Recreation (MWR) that benefits not only enlisted soldiers and veterans, but also their families. Army MWR supports a breadth of programs that include child care, schools, libraries, athletics, spouse employment and much more.

Since 2014, Technomics’ volunteers have given time each year to support the Army Ten-Miler and its mission, and this year will certainly not be the last, as we look forward to next year’s event.

A Technomician’s Top 10 Tips for Telework

It’s Good to Have Goals
Locate us on map