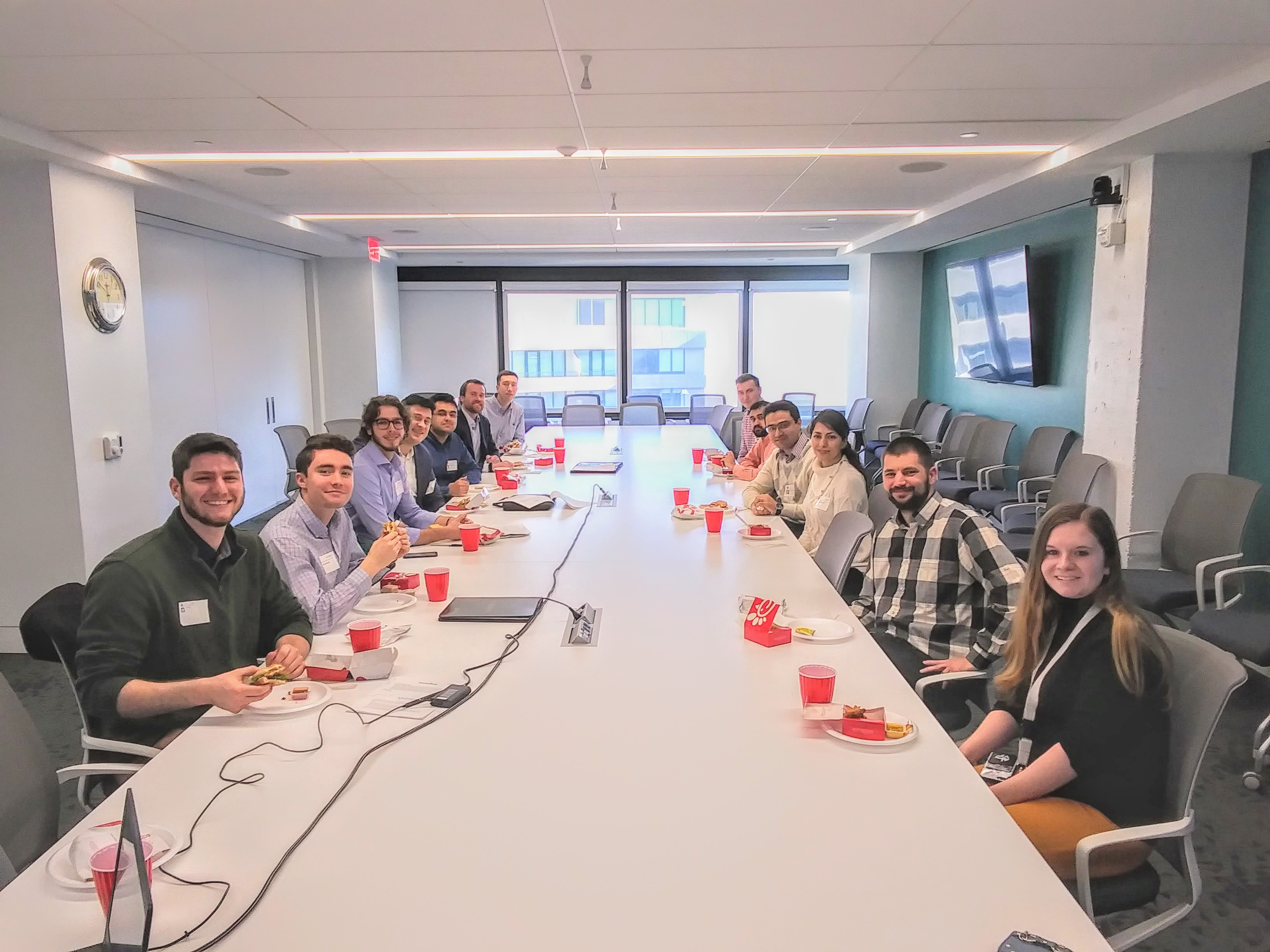 On the second-to-last day of Virginia Tech’s winter break, you would expect to see college students sleeping in, texting friends, or watching Netflix. One of the last situations you may predict for these students on their day off would be for them to be awake at 7 AM, dressed in business casual attire and sitting in Technomics’ 15th-floor conference room.

Yet that’s exactly what was happening on Friday, January 17th. Technomics and a group of VT students were participating in the first ever VT Industrial and Systems Engineering (ISE) department’s DC Area Company Trip. The trip, organized by the VT ISE department’s Emerging Leaders Board (ELB), comprised a full day for a handful of students touring four different companies in the DC metro area.

In addition to Technomics, the students toured and had Q&A sessions at Accenture, TeraThink, and 1901 Group . Government consulting can be an enigma to those outside of its world, and students expressed the surprising impact that the tour had on their understanding and appreciation of government consulting. For the consulting industry, this is a win in itself as the competition for talent is becoming increasingly crucial.

At Technomics, the students heard from President and CEO Al Leung, who addressed the distinguishing characteristics of Technomics, such as consistent company growth, it technical excellence standards and heavy emphasize on people development.  He also fielded questions regarding the industry and career growth.  Some employee-owners such as Corey Maples (VT ISE ’12), Heather Wells (VT ISE ’19), and Ken Rhodes (VT ISE ’07 & ’11) provided advice and insight into their career paths since graduation.

The following week, class started up again and winter break was left behind, but Virginia Tech and the analytics consulting industry had been brought closer by the VT ISE DC Area company trip. Technomics looks forward to working alongside Virginia Tech’s engineering programs in the future to strengthen the connection between technical degrees and the consulting industry, exposing students to opportunities they may have not previously considered.

In Search of the Production Steady State: Mission Impossible?